During 2016, E91 Foundation awarded 25 grants totaling $122,635 to evangelical nonprofit ministries working locally and across the world. Since 2001, it has invested $1,168,566 in ministries that present Jesus and His love.

Kairos Ministerial Aid received $2,500 from the Worthington Fund for its ministry to retired ministers in crisis.

Christian HolyLand Foundation received $5,000 to sponsor Youth and Women Conventions in the Galilee area of the Holy Land.

Josh Heidelman received $5,000 for his ministry as legal counsel for Wycliffe Bible Translators and to assist their work in Ghana.

Two Mission trips by E91 High-Schoolers and Adults to Show Low, Arizona, Thy Will Ministries. They received $5,000 to minister to the Apache youth through VBS and to develop a playground and volleyball court.

Dave Toussaint with Chaplains at Work received $5,000 during 2016-17 to provide financial counseling to E91 congregational members in crisis and family financial budgeting workshops in the community.

Suicide Prevention Donor-Advised Fund grants $400 each year to underwrite the distribution of suicide prevention materials for teens in our community.

East 91st St Christian Church received $5,000 to repair and maintain the organ. An additional $4,000 was granted to the church to support the September Week of Service.

Deb Foxworth with Cru received $5,000 to support her ministry to high-schoolers at Fishers High School.

NR is one of three E91 “Timothys” we were privileged to commission this year. NR received $16,000 to initiate bi-vocational ministry in a Far-Eastern country. In another Far-Eastern country, another “Timothy” and his wife, EW&LW, received $3,000 for language studies. Our third “Timothy,” Christy Falink, received $5,000 in 2016-17 for Hoofprints to Hope, which ministers to troubled youth using horses.

Glen and Jessica Shady with French Christian Mission received $4,910 for initial expenses as they begin their ministry in France.

Jesus House, which provides a Christian setting for prisoner re-entry, received $1,250 in matching funds to support the ministry in its zoning challenge.

Sheltering Wings Haven.Home.Hope received $5,000 for their operating budget, since funding from government sources was reduced. This is a Christian shelter on the westside of Indianapolis for abused women and children.

Orchard Group received $6,000 in support of Julio Cruz and his transition to one of our church-planting ministries, Thrive Church, in Orlando, Florida.

CMF in Mexico City for the local ministry in Fuego Nuevo, Iztapalapa received $5,000 for a sport ministry for disadvantaged youth and their summer retreat.

Love at Work in Costa Rica received $8,000 for emergency ministry needs as they are responding to a double punch of Hurricane Otto and a 7.1 earthquake at the same time in November. These have devastating effect on the countryside and the people. There will be an additional $1,620 sent in 2017.

Back to Impact Page 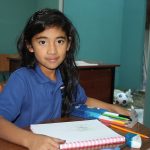